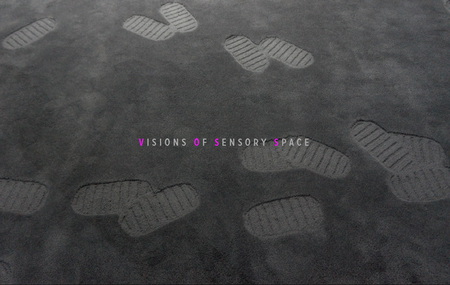 The space-explorative art exhibition titled MissionO14, which opened 2014 in Dresden, was originally conceived for a vast 1000 m² darkened and seemingly infinite space.
In the Gallery Voss, a selection of these artworks will now be shown in a light-flooded and clearly more finite, relatively habitable space. In addition, new works of art have been created that address the underlying exhibition theme.

Special thanks to Kay Kaul and Melanie Richter for their support regarding the realisation of the exhibition.


Space is often associated with meaningless cold and deep darkness, an unimaginable place for humans. But from this unfathomable and infinite depth, light and warmth radiates.
Within the infinite sensory space of the human mind and spirit, a star is not associated with a radiating celestial body. Rather, it is the spark that illuminates our personal imagination, which manifests itself in art and culture.

Aljoscha
Aljoscha creates curiously organic sculptures, paintings, drawings and C-prints that are inspired by his keen insights into bioengineering and gene technology.He is fascinated by the microcosms of organic forms and translates these into highly complex, filigree and delicate works of art that defy classical categorisation......The Ukrainian artist calls his works Bioisms, thus emphasising their vital, organic nature. In fact,he regards each of his works as living beings, and thus invests these with as much dynamism, vitality and complexity as possible. According to his own utopian (and perhaps a bit tongue-in-cheek) theory of Biofuturism, the future will be marked by a biological revolution, following which mankind will use organic furniture, dwell in living houses and move about by means of organic spacecraft. (Exerpt from a text by Gérard Goodrow)

Dimitrij Dihovichnij
The works of the Russian Artist Dimitrij Dihovichnij are created through the serration of everyday objects. He alienates his objects by means of harmony, or, even more emphasized by the contrast of the pieces and materials. However, at the same time he also draws the observers attention, in a fascinating way, to the hidden symbolization of his works.

David Fried
David Fried explores the qualities of invisible complex dynamic relationships in the form of minimalistic images and objects. The inherent flexible characteristics of emergent interdependent networked systems found in nature and social endeavor, are echoed throughout his sculptural, photographic and interactive works. Fried employs symbolic motifs that are universally recognizable as organic or pertaining to natural phenomena, with subtle contextual hints of human influence, and our urge to control manipulate and predict outcomes.

Max Grüter
"The cross-media artist Max Grüter declares around 1995 the computer as the basic instrument of his art. Meticulously he created, using 3D programs, digital cosmonauts / astronauts in space suits with the facial features of the artist. These portraits are symbolic of Grüters artistic uprising to virtuality.
In 2007 he performatively offered this complex work for free download on the Internet, where Grüter traveled in electronic form as "first virtual space traveler" endlessly in our networks from hard disk to hard disk. Whereas Grüter is not really interested in this quasi self-experiment in losing himself in cyberspace completely. Like submarines, he lets his works and interventions freedimensionaly resurface in our reality, to have them finally stranded in our minds."

Simone Hooymans
Hooymans works with the tension and contrast between nature and human technology. The astronaut is the connection between three worlds, the technical, the emotional and the natural world. Drawing has always been an important process for Hooymans, it explores the bridge and boundaries between perception, memory and fantasy. She has found that within the limits of charcoal, ink and paper an inexhaustible variety of thinking and expression is possible. Her animations, dreamscapes, where the camera travels slowly through everlasting landscapes, are an extension of her drawings. They are going where her drawings cannot go, into a 3 dimensional world where everything can happen, within the theme of distruction and connecting with nature. The question is: Is nature a memory we once had and do we dream about it, or are we the ones that are dreamed?

Kay Kaul
Kay Kaul has concentrated on topics of physical greatness in his works since 2006. Here the emphasis is not on time shown as in a film, i.e. a continuing series of images but in a solitary picture. With his time coloured works, Kaul creates a symbiosis between photography and film techniques. Since 2013 he has worked with satellite pictures taken from outer-space of large weather cyclones and transforms these to abstract compositions, which last but not least pay homage to the inventor of photography, namely the artist.

Melanie Richter
Melanie Richter travels to venues which are invisible and disconcerting, timeless and spaceless. These are places lacking in nature with no visible top or bottom.In the picture landscapes exist a unique platform for the phenomenon of colour. As on the perimeter every zone in her works seems unreachable. However, each area is a restricted zone within which a wide frame of extremity exists. Suddenly, there is an object thrown into the waves of the colour mass; the figures float on this surface. Each appears to have an atmosphere of pulsating extension and retraction. The observer is taunted by the works. Richter uses the contrasting elements of colour to the extreme; till the viewer is brought to their limits. A border in which the colours themselves take on the apparition of the space.

Mark Swysen
Mark Swysen reflects on human conduct. Yet the human figure itself mostly remains absent in his work: the artist wishes to incite the visitors imagination. Mark embraces the basic proposition of conceptual art: the idea is the most important aspect of the work. Wishing to mould this idea into an intriguing shape, the artist is constantly in search of the most eloquent visual stimuli. Any material or object can be an instrument in his visual language. He snatches everyday objects out of their usual context and charges them with new layers of meaning. The result of his deconstruction and re-assembling questions the one-dimensionality of our perception and opens new possibilities for interpretation. The emotional load of the surrounding architecture participates in the lecture: hence a manifest preference for "in situ"-projects.

Oleg Yushko
Oleg Yushkos practice attempts to reveal some of the more absurd phenomena from our social reality, to offer a critical but also humorous artistic reflection. His methodology is to ironically apply a historical, art-historical, scientific, cultural or technological allusion or metaphor to these phenomena. In this manner of working, he aims towards making a slight shift in our common perception of everyday life experiences. (Text by Lyudmila Voropay)

SPARTNIC  The Beginnings
2003  It only happens every 60.000 years that Earth and Mars lie in a favourable constellation; the Mars Express Route. This results in an increase in the International competition of Space expeditions to Mars. In 2003 initial discussions relating to Art and Space Exploration took place during the exhibition Trans Form Art in Düsseldorf, NRW, and various Art Events in the Studio 5tief in Neuss.
2004  The project runningMARS took place in the PAN Kunstforum, Emmerich, with sponsorship from the State of NRW. Twenty artists, mainly from Düsseldorf, exhibited and also offered a support programme of inter-disciplenatory topics.
2005  The runningMars project is exhibited in the Kunsthalle Düsseldorf to which artists were invited to present and display their works.
2005-2013  Germany joins the Aurora Programme of the European Space Organisation ESA; the aim of which is a manned mission to Mars. The Marsbar from previous exhibition projects establishes itself in the Aurora Space Lounge as an independent recurring Art Event and discussion platform.
2013  SPARTNIC Weightless Artists Association is founded by Kay Kaul, Max Grüter and Melanie Richter  an International Artists Organisation.
2014  Mission 014  Exhibition project of SPARTNIC as part of the OSTRALE exhibition presented in Dresden. Following the concept of the founder members, it also involved international participants, with 24 pieces of their works.
2015  Exhibition of selected works from the Mission 014 project in Gallery Voss, Düsseldorf.

SPARTNIC
The primary motive of SPARTNIC is R(E)volution. It is a clearly defined theme; Evolution through Revolution. Development achieved through Human Beings curiosity about newness and the unknown. SPARTNIC sees its projects as a challenge to go beyond the limits and to explore the unknown or new. Revolution as a sudden change and Evolution as a continual development are central issues, not only in Space Exploration but also in Art. Everyday life is revolutionized by both Art and the Sciences reaching new spheres, hence, gaining new areas of knowledge. The inspiration of this basic discipline and the interaction of the participating artists are the key factors of the projects of Weightless Artists Association.