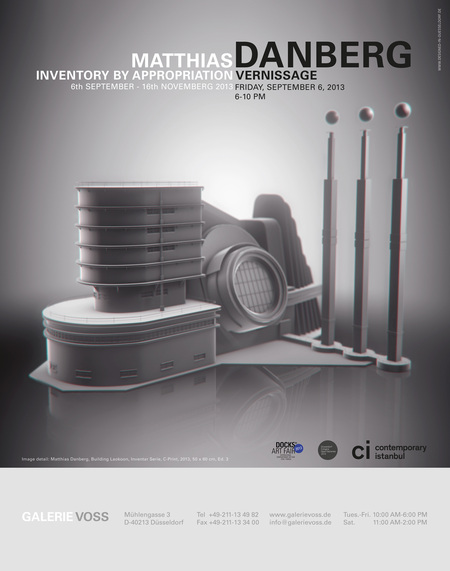 Friday , September 6 6 - 10 pm Saturday, September 7 12 - 8 pm Sunday, September 8 12 - 6 pm Todays society is characterized by the phenomenon of the digital world. The media penetrates our consciousness, changes our perception, and influences our lives. However, the chance of tracing the effects of political, social, and religious vibrations will most likely only be possible, retrospectively, at the end of the century. Retrospection is not a new phenomenon. Even Vincent van Gogh complained in letters to his brother Theo that people would only be able to appreciate his art after his death. "I cannot change the fact that my works cannot be sold. But the time will come when people realize that the value of my art surpasses the money spent for the colours." (1888). Even thirty years later, the Fauvists were also not recognized by their contemporaries. The eminent art critic Louis Vauxcelles formulated his understanding of the first Fauvist exhibition with the words "Donatello au milieu des Fauves". The works these artists created could only be appreciated out of a certain temporal and reflective distance. The reflection of the spirit of the age, this was the artist main challenge. With the rapid rise of industrialization, art itself underwent a technical advancement. But the change was not seen in the actual style of depiction, but the effect was seen through the perception of man and culture. The artist Matthias Danberg chose therefore the computer as a primary medium of his artwork. He moves exclusively in the field of virtuality. His artistic ambition is not to illustrate a contemporary event, but to depict the underlying layers of the historical and cultural influences through the digital or analogue. Thereby, Danberg creates a contemporary atmosphere that is characterized by the digital and thus all-embracing globalization. The work of Matthias Danberg is based on a narrative and uses at the same time metaphorical pictorial language. On the one hand, the artistic strategy oscillates between the cold aesthetics of the virtual simulation and the subjective-creative power of an individual tends of anachronistic and thus oppositional artists understanding on the other. In his work, Danberg refers to the variety of different narrative structures in the media, in whose context the current understanding of the world has to be established. So consists the video "s.c.a." (sensus communis aestheticus) in three apparently unrelated scenes and visualizes different cultural stages. By depicting a figure on a throne, the first scene seems to allude to the sacred. The second scene goes back to the industrial development. The third deals with the promises of the electronic. Through a gradual display of the scenic inventory, the work gains in importance, in matters of content as well as of symbolism; it is more than a mere narrative of the technical development of mankind. In contrast to the animation "s.c.a." "Steinfahrt" does not deal with global issues in general. Nevertheless, it is not less relevant as to its symbolic meaning and substance. It describes the fast pace of our society on the whole and of every individual in particular. Danbergs works are especially oriented on the mythical statement of culture, they contain a form of the nowadays myth in which the elements such as a digital instrument, pathos and a free space are present.