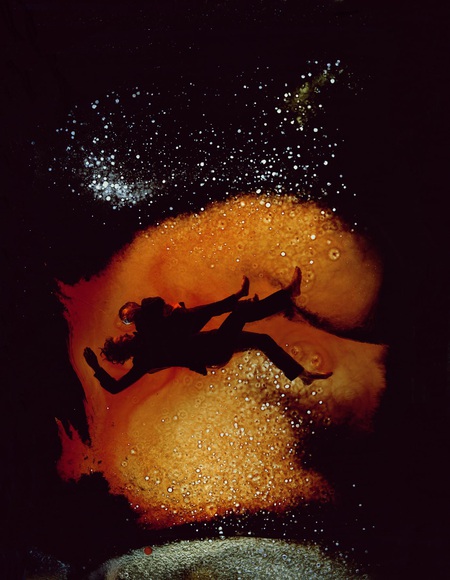 For the third time Galerie Voss will present the photographic work of the Stockholm-based artist Maria Friberg. Friberg, who has always considered her photographs and videos as a sort of paintings, approaches painting in regards to the production as well as the end result. Therefore the images in "The Painting Series" could be described as a documentation of a performance, where the individuals participate in a painterly process.

Just like the action painting of artists such as Jackson Pollock or the monochrome paintings by Yves Klein, the images are the direct results of the painterly gesture. Friberg sets up a situation where the paint flows and the individuals perform an improvised choreography, surrounded by paint. The images are elaborately staged, but they have not been digitally altered. The process is partially random, the final result isnt revealed until after the images have been developed.

With their chromatic, abstract eruptions, the images also refer to astronomical constellations or organic structures and they are simultaneously micro- and macrocosms.