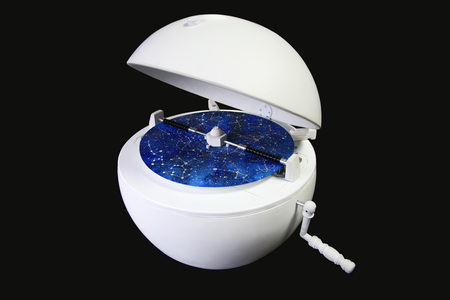 Opening reception: Friday, November 30, 2012 at 7 p.m. In her third solo exhibition at the Gallery Voss, the Tokyo-based artist Mihoko Ogaki presents her recent works from the series Star Tales. Ogaki had lived in Düsseldorf until 2010, after which she decided to move to Tokyo, where her new series Star Tales was created. Upon entering the exhibition, one falls into different world. The artists works represent the transparent and moving figures, which seems to be hovering over the gallerys spaces. The spectator detaches itself from permanent daily routine and feels as if it had entered a quiet and romantic atmosphere, combined with the aesthetic surreal world. These works deal with modern society and its daily occurrences. The artist places this modern society in relation to the constellation of the Greek mythology. Her point is to create a new constellation addressing the modern society, which stands parallel to the Greek mythology while similarly addressing the myths of tomorrow. Mihoko Ogaki points out that the events that take place in our society nowadays have a similar potential to create a myth that can be exactly as dramatic, powerful and contradictory as the Greek mythology. The artist creates a new constellation and relates it to the known star constellation, thus creating her own familiar universe. Just as in Greek mythology actions were attributed to various heroes, whose stories were later reflected in star constellations, so does today one has new stories, which are being reflected by the artist in the stars in the sky. The exhibition Star Tales  white floating consists of spherical music box, floating sculpture and series of drawings, which show the specifically signs of the zodiac.