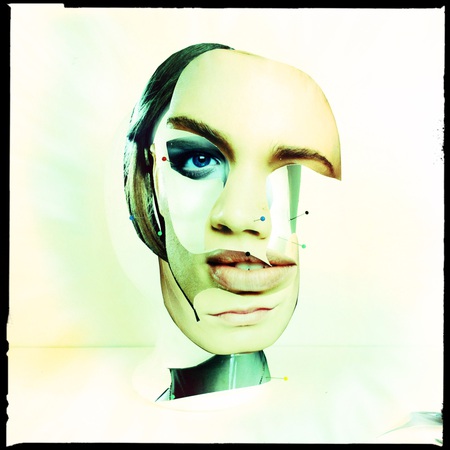 Opening reception: Friday 07 September 6 - 10 pm Opening hours during the Gallery-weekend: Saturday 08 September 12 - 8 pm Sunday 09 September 12 - 6 pm Harding Meyer´s central theme still is the grappling with the human physiognomy, to which he adds, in his current exposition  Features, a new approach by transforming photographic works. Over the last fifteen years, he has consequently developed further the solitary portraits integrated in the paintings. The models are mainly taken from the wide range of the media: he searches magazines, the internet and TV for the starting point of his pictures. In a long forming process, layer by layer, Harding Meyer turns the media stereotype into the individual intended: the picture as picture. He reconstructs a biography, the biography of faces generated by the media, but the aim is the creation of anonymity as identity. For the first time Meyer offers a look into his photographic activities, the origin of which can be found in his collection of portrait photographs. In Features he shows a photographic series of collage-like sculptures, in which he mixes elements of various faces. He cuts out facial fragments, pins them to faceless Styrofoam heads, sometimes adding a glass eye, and finally equips them with hats thus creating heads that will strike the spectator as human and artificial at the same time. Here it is the right eye of a prisoner meeting a model´s glaring red lips, there it is coarse-grained pixel noses and most delicate eyelashes. To take pictures of such objects he uses the iPhone as well as traditional cameras. For images of the photographs click http://hardingmeyer-features.tumblr.com/#