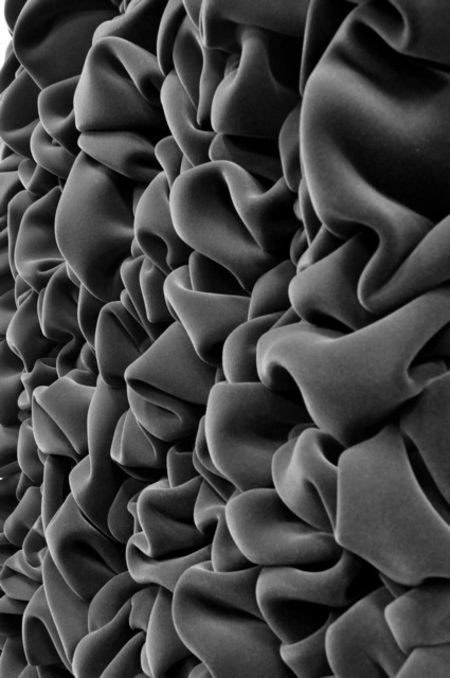 Black and white  these are the non-colours in the circle of colours. They represent the extreme opposite and were used by many cultures as a sign of polarization. The black and white paintings are characterized by the strong contrasts and form. They build a metaphor for light and darkness, life and death, happiness and sadness. In the art history Victor Vassarely and the Op Art movement have set with the non-colours our visions in the motion. In the 1915 the artist Kasimir Malevich has held his "Black Square on White" pragmatically as the icon of modernity. And what can be distinguished more easily than black and white?
The exhibition behind the NON COLOURS includes the works by five artists and shows based on the different media and genres the ensemble play of black and white. How do the colours go to the distance from each other and then move back at another.
The Italian artist Vittorio Gui (London) used photography to depict the everyday life in a calm and aesthetic form. He replaces natural elements, such as a flower from the real environment and represents the beauty of the flowers on a black background. The sharp contrast of black and white made the moment of flowering highlighted and encouraged.
The native Berlin-based artist Denise Winter (Berlin) isolated the shadows and the contour lines from their originally context and projected the architectural elements as the separate forms. Her video installation is shot from the perspective of the people traveling on train and showed the moving landscape. The classic landscape motif is destroyed by the movement and it came in front of the viewer completely alienated. One isolates himself from the idea of the real landscape and perceives only the rapid movement with the changing light sources. Only for a second at the end of the trip it shows the still image of a landscape in black - white visible.
The Israeli artist Guy Avital (Tel Aviv) visualizes the process of construction and destruction. In his works the boundaries between realism and abstraction remain open. He uses the different materials and collaged them into a whole, such as a painted over photo-fragments which makes visible the structure behind. It reveals interplay between strict geometric shapes and abstract form-busting paintings. In that way Avital's works bring together not only the different media, but it creates a complex dialogue of controversial pictorial forms.
Originally from Ukraine-based artist Iryna Pryval (Munich) represents the colours forms in their movement and liveliness. Her works are three-dimensional. The viewer seems to get lost in the massive colours overlays. Only the sculpture of the dog refers to the reality and points up the contrast between the unreal and distorted forms. The resulting voltage from an aesthetic imagery, combination of an experimental material and the interplay of lightness, irony and depth are revealed.
The artist Aliki Braine (London) uses photography as a way to limit and to curb the pictures of landscapes in its scope. Simultaneously focus their work on putting the photography as an object in the foreground. After the photographing she damaged the negatives systematically and changed the original image drastically. Braine tried to break with the illusion of the photographic image by using a punch and black ink to edit the negatives. She erased the parts of the images with round stickers.

The artists of the exhibition translate forms and patterns, which last us beyond the art in their own complex visual language and consolidate these requirements to only in the art possible aesthetic experience.