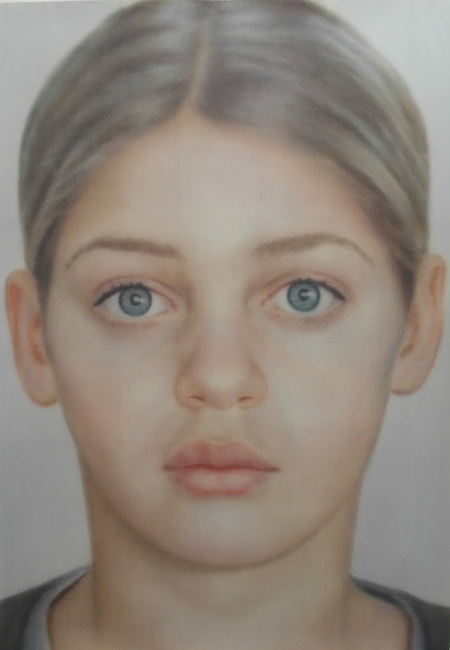 The human existence can be described in many ways. But only feelings and passions can determine this existence. It is a driving force in all areas of innovation and discovery. Different kinds of disciplines and sciences have tried to hold or to declare those feelings.
In the past century a lot of great masters have illustrated human feelings on the portrait paintings. The Dutch master Rembrandt said, "a portrait is nothing without the atmosphere".
But what is this "atmosphere" and how can it be depicted by a portrait? The answer to these questions are comprised in the most oversized representations of the human face in Till Freiwald's watercolors. They invite us to capture the aura and the mood of the image protagonists.
At his third solo exhibition at the Gallery Voss, the Peru native artist shows his new serie of the works, titled "Memoria". The focus of these works is set on the frontal and profile view portrait without special details of emotion.
The oversized faces in Freiwalds works are shown with few soft shadows and pale facial features. The glowing face skin acts almost like an independently animated form.
The coincidence of the almost monumental acting head with the rudimental representation of the neck and shoulder area first overwhelms the viewer. The result of this is an artificial naturalness and vital physicalness.
At a closer look one can fall into the calmness of immovable faces. The universe of human being starts to be perceptible. It unfolds the deep concentration and the emotional depth. This visibility is reached by the direct relationship between the artist and his model.
The encounter of the model and the artist allows the viewer to recognize the truth and the relevance of an individual kind in a very unique way.